Evaluation of the Effects of Climatic Variability on the Occurrence of Diarrhoeal and Respiratory Diseases in Kathmandu Valley, Nepal

Evaluation of the Effects of Climatic Variability on the Occurrence of Diarrhoeal and Respiratory Diseases in Kathmandu Valley, Nepal

Climate change is regarded as an alteration in usual climatic condition that may vary from low to extreme forms. The evidences produced by researchers and scientific community all around revealed that the climatic condition of the world started to show its prominent change in trend after the year 1960-70(1,2). Now, regarded by mostly as a Global phenomenon, climate change has been stressed as an issue of concern especially affecting the countries and communities that have less adaptive and preventive capacity.

This study was a retrospective study based on secondary data from the Health Management Information System (for diarrhoeal and respiratory illnesses) and data from the Departments of Hydrology and Meteorology (climatic data) for a period of 15 years in Kathmandu (from 1996-2010).

General: To discern the relationship between climate variability to diarrhoeal diseases and respiratory illnesses in Kathmandu, Nepal

Specific:
– To assess the relationship between the climatic factors (average temperature, rainfall and relative humidity) in Kathmandu for a period of 15 years and Diarrhea and Acute Respiratory Infection
– To analyze the influence of non-climatic factors on climate sensitive diseases occurrence. 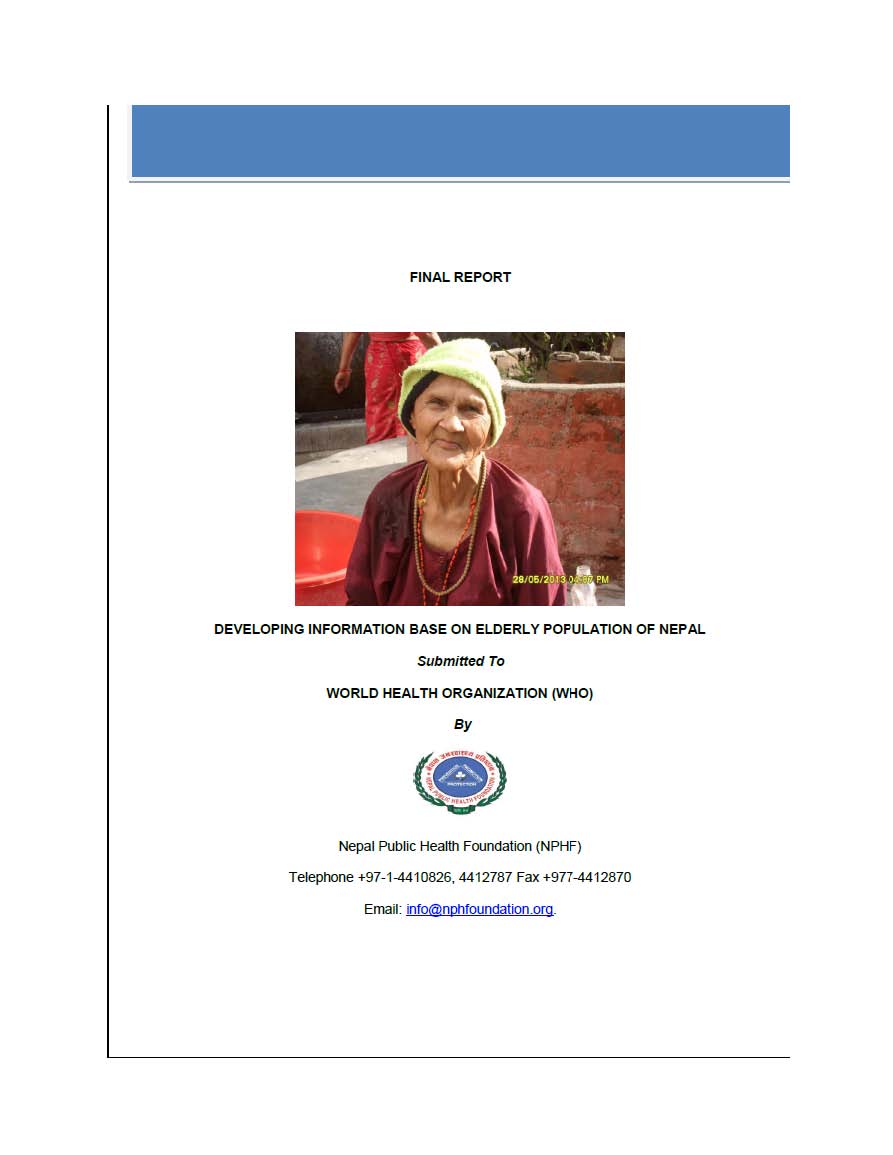 Developing Information Base on Elderly Population of Nepal